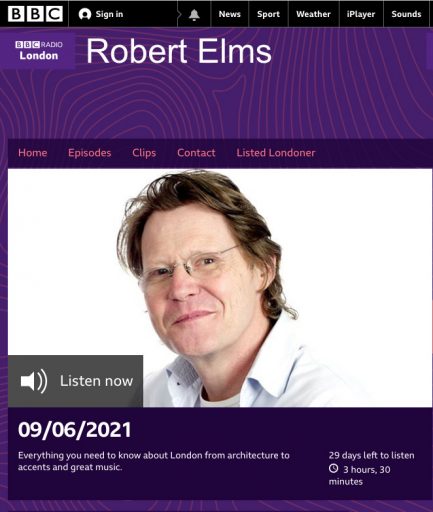 Robert Elms discussed She’s at the Controls: Sound Engineering, Production and Gender Ventriloquism in the 21st Century with it’s author Helen Reddington on his radio show on the 9th June 2021. 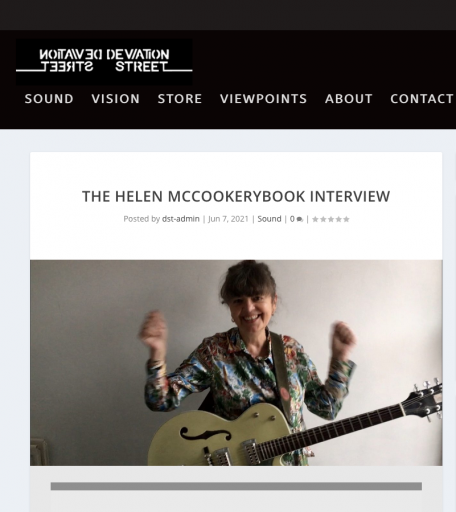 “Singer-songwriter Helen McCookerybook musical ventures first came to light as the bass player and co-singer with The Chefs in the late 1970s and early 80s. She then formed Helen and the Horns. John Peel admired both bands and between them recorded six BBC Radio 1 sessions. Then came the long break filled with the stuff of life. In 2005 Helen started again as a solo artist and up until the pandemic was regularly playing live gigs, and releasing recordings. Thankfully ( at least in the UK and for the time being) we seem to be emerging from that crisis. So a good time to chat with Helen about the past ,present and future .. Enjoy.” continue reading 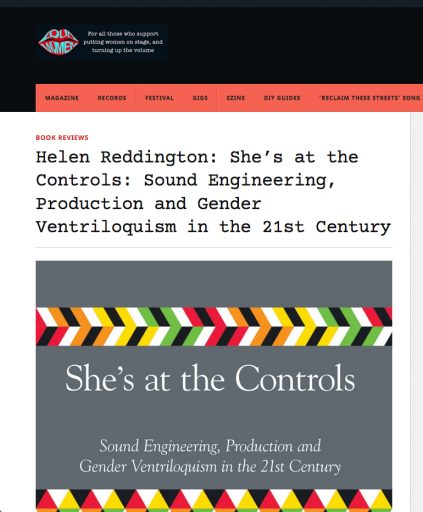 Helen Reddington: She’s at the Controls: Sound Engineering, Production and Gender Ventriloquism in the 21st Century

“The book’s title is a question: Why are there so few women producers?

It’s not a new conversation at LW HQ. When writing for the weekly music paper Melody Maker I had my own feminist agenda in this area: reference by name any women sound engineers in the live review.

To the music production students I teach, it seems less important; the popular discussions being whether the big studios will survive the next decade, which leads to how the marginalisation of digital technology and media has given women musicians, artists, producers, the freedom from everyday sexism, and worse.

Hey there! She’s at the Controls brings hard evidence of gender discrimination in the less visible world of music production, and is a valuable tool for multi-disciplinary DIY feminist punks as much as the juicy quotes will be for music undergraduates’ future research projects. …” continue reading here