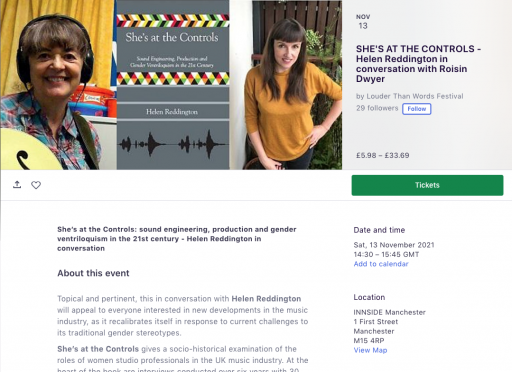 She’s at the Controls: sound engineering, production and gender ventriloquism in the 21st century – Helen Reddington in conversation with Roisin Dwyer

“Topical and pertinent, this in conversation with Helen Reddington will appeal to everyone interested in new developments in the music industry, as it recalibrates itself in response to current challenges to its traditional gender stereotypes. …

What a treat of a conversation this will be – food for thought for all – and much to contemplate! …”

Louder Than Words Festival (What’s On) 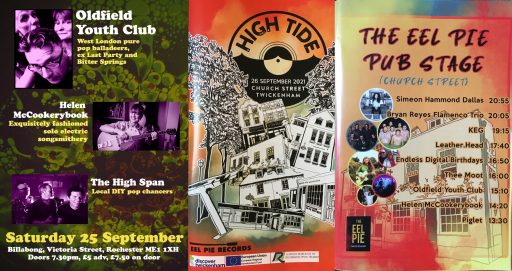 Gigs played on the last weekend of September, one in Rochester and the other in Twickenham, both with the Oldfield Youth Club 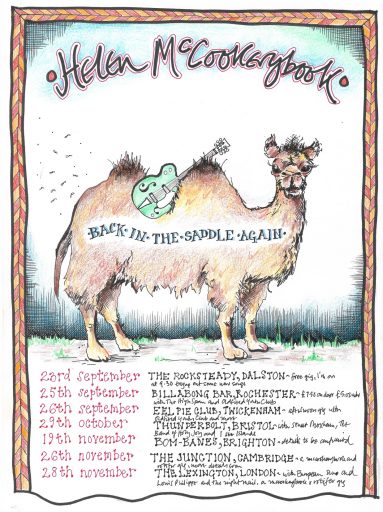 UPDATE: The Bristol show at the Thunderbolt, on the 29th October, has unfortunately been cancelled due to the weird covid situation … 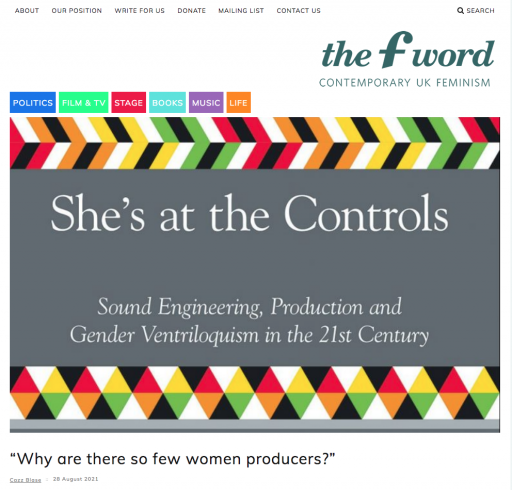 Why are there so few women producers?

Cazz Blase salutes Helen Reddington’s book She’s at the Controls, a forensic examination of the gendered power play in the music sound engineering and production industry

“In her newest book, She’s at the Controls, Helen Reddington reflects on her own experience as a young musician, surprised to hear of Elton John’s marriage to his sound engineer, Renate Blauel, in 1984. Not because (as was widely known at the time) John was gay, but because his sound engineer was a woman and, despite being five or six years into her own music career at the time, Reddington had never previously heard of a woman sound engineer.

Flash forward 35 years to 2019 and Reddington is interviewing a woman who refers to herself as “The only female sound engineer in Britain”. This anecdote highlights in two ways just how little the situation has changed since 1984. For a start, Reddington knows that her interviewee’s description is not an accurate one, because she has already spoken to another British woman sound engineer – Felix Mackintosh – who also appears in She’s at the Controls. Secondly, her interviewee’s self-description reflects a continuing lack of awareness of women sound engineers within the music industry itself.

It was this 2019 interview, along with Reddington’s growing frustration about the high dropout rate of women students from studio training on the various university courses she teaches on, which provided the stimulus for She’s at the Controls. …” continue reading here

She’s At the Controls: Sound Engineering, Production and Gender Ventriloquism in the 21st Century by Helen Reddington